On March 17, 2021, the French Financial Markets Authority (Autorité des marchés financiers – the “AMF”) has made public several developments in its doctrine concerning shareholder activism. These developments, which could be viewed as relatively moderate compared to some of the proposals that had been made and to initiatives adopted in other European countries, confirm the AMF’s balanced approach to activism.

France has been rather spared in the last decades from shareholder activism due to several particularities, such as the significant weight of long-term shareholders, including the French State, whose shareholding, however, is declining, as well as efforts from the legislator to promote long-term shareholding as opposed to the short-termism of the financial markets sometimes considered as harmful, these elements having a negative influence on the activists’ perception of the French market. Furthermore, in France, a few listed companies have retained a corporate form that is highly protective against unsolicited proposals (e.g., Hermès International and Lagardère, which are incorporated as Sociétés en commandite par actions – S.C.A.).

Nonetheless, activist campaigns have become increasingly common in France in recent years, with activists intervening in large-scale operations as well as within the governance of the largest French listed companies, with for example TCI’s opposition to the proposed merger of Safran with Zodiac in 2017; Elliott Management’s attempts to influence the management and strategy of Pernod-Ricard since 2018; or Artisan Partners and Bluebell Capital Partners who succeeded in obtaining the departure of Danone’s CEO – one of the most visible advocates for a more responsible capitalism – at the beginning of this year.

As activist campaigns have spread widely throughout French financial markets this past decade, French investors have seized upon this trend on the model of the successful campaign led by French telecoms magnate Xavier Niel to change the management team of Unibail-Rodamco-Westfields in 2020, or that of the French activist fund CIAM – one of the few, founded in 2010 – challenging SCOR’s refusal to consider a merger with Covéa in 2018. More and more institutional investors, including French asset managers, are also showing increased interest in the management and strategy of their portfolio assets, particularly with regard to ESG issues.

Although activists’ campaigns are not proscribed per se, the AMF has had the opportunity in recent years to assess, although not without difficulty, the soundness and fairness of some activists’ practices in the context of two high-profile campaigns led by non-French investment funds. On April 17, 2020, the AMF Sanctions Commission thus sentenced Elliott Management to a twenty million euros fine for late and inaccurate disclosures in the context of its fight against the takeover bid launched by XPO on its French competitor, Norbert-Dentressangle, as well as for obstructive behaviors in the course of the AMF’s investigation. Earlier in 2019, the AMF closed its investigation on the activist campaign initiated by Muddy Waters Capital against the retail group Casino in 2015 and decided not to initiate any proceedings although it announced in its press release that, given the numerous reports on shareholder activism recently published and the practices observed, the AMF was considering a change in its position on shareholder activism.

Beyond ‘Pro’ and ‘Anti’ Shareholder Activism: the AMF’s Balanced Approach

Shareholder activism has been the subject of several contributions in recent years from members of the French Parliament (proposing in particular to add a 3% legal threshold for notification of major holdings and to foster regulation of short selling) to various think tanks, some of which having attempted to define shareholder activism, a path that the regulator has not taken, considering a flexible approach more appropriate.

In a press release on shareholder activism dated April 2020, the AMF thus announced its intention to contribute to the debate and made several proposals, some of which were inspired by the above-mentioned reports. In its analysis, the AMF emphasized the diversity of the shareholder activism phenomenon and stated that its objective was to regulate its excesses (the regulator cited in particular the destabilization of companies at key moments in their life, the publication of false or misleading information, price manipulation, etc.) while believing that the existing legal framework, especially at the European level, is “sufficiently flexible and robust”, meaning that a major change in regulation was not – in the AMF’s view – deemed necessary, nor desirable given the detrimental effect any thorough control over activism could have on Paris’ attractiveness.

On March 17, 2021, the AMF made public the following changes to its doctrine, keeping only some of the proposals presented a year earlier:

• Communication from issuers during a “quiet period” in response to activist shareholders: the AMF clarifies that an issuer may, during periods when it is required not to disclose any new information on its business and results in the run-up to the publication of annual, half-yearly or quarterly results (known as “quiet periods”), nonetheless respond to public statements or information implicating it. With this precision, the AMF underlines that issuers targeted by activist campaigns, possibly public, are never deprived of the ability to respond.

• Loyal and fair dialogue between issuers and activist investors: the AMF recommends that any investor initiating a public campaign with respect to an issuer should immediately send to the issuer the plans, proposals, and related documentation (“white papers”) that the investor has, if any, presented to other shareholders. Furthermore, the AMF considers that investors initiating public campaigns should, as a matter of good practice, make these plans and proposals public in order to ensure that the market is well informed and an equal treatment of shareholders. It also seems that this good practice is already widely adopted in France by investors. Finally, the AMF also recommends that any public campaign be preceded by an attempt of dialogue with the issuer.

• Repatriation of loaned securities by fund managers and effective exercise of voting rights at general meetings: while observing in 2020 that the practice of stock lending is rarely used in France as a tool for activists to destabilize general meetings, the AMF recalls that the repatriation of loaned securities and effective exercise of voting rights by fund managers is recommended and marked as a good practice.

• Particular vigilance by shareholders in their declarations in the event of a takeover bid: in 2020, the AMF mentioned the possibility to extend the duty of vigilance currently weighing on the persons directly concerned by a takeover bid to their shareholders, given the significant role that shareholders, in particular activists, can play in such sensitive context. For the time being, the AMF has decided not to amend the current regulation but to implement a new recommendation to the shareholders of the initiator, of the target company and to their managers, agents, and advisors, inviting them to “be particularly vigilant in their statements”.

• Recommendations on shareholder dialogue: in its April 2020 communication, the AMF noted that: “The existence of transparent, regular and open dialogue between an issuer and its shareholders is undoubtedly one of the keys to preventing the excesses of activist campaigns and, where appropriate, mitigating their potentially destabilizing effects” and stressed that many issuers already devoted considerable attention to this dialogue. The AMF has decided to consolidate several existing recommendations on this issue within the AMF’s guide on periodic and permanent disclosure obligations, emphasizing the permanent nature of such dialogue. In particular, the AMF recommends that “issuers implement a dialogue between the board and shareholders, if necessary, through a lead director, on the main topics of interest to shareholders, in particular issues relating to strategy and social, environmental and governance (ESG) performance”.

Updated versions of the documents impacted by these various changes will be released shortly by the AMF. Regarding the other changes that may have been considered by the AMF in its 2020 Report, the fact that they were not included in its 2021 Communication suggests that they were not retained. Such a standpoint, however, ought to be qualified when one allows for the fact that some of these changes require legislative amendments (such as the proposal to introduce a new 3% threshold crossing notification, the current lower threshold being 5%) or fall within the EU authority (such as the applicability of the investment recommendation conditions to the public statements made by activist investors). 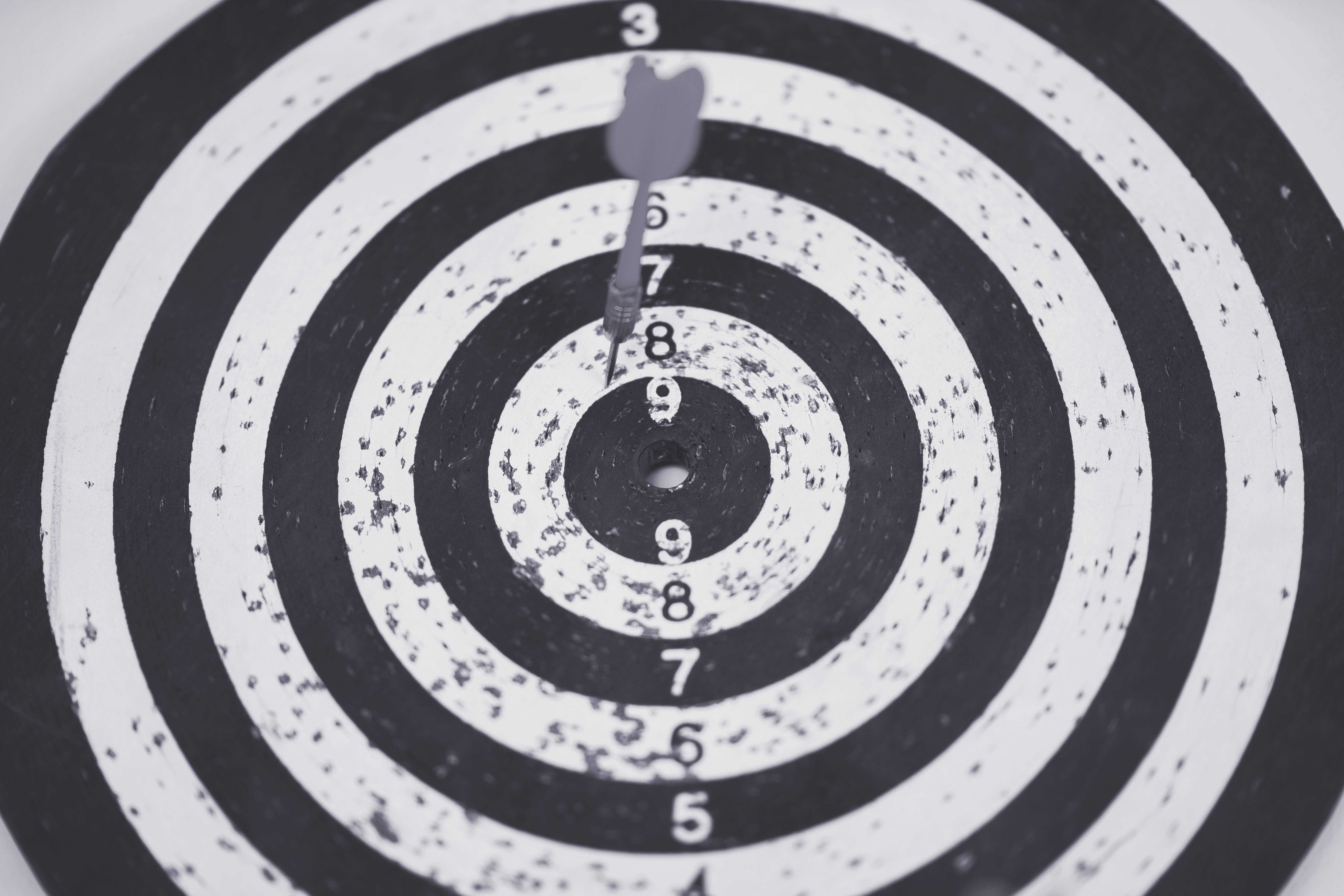 The expanding role of independent counsel to the board
Read more